Skip to content
Topics / Beginning the journey into the spirit world

The wrinkles around her eyes curled to highlight the uncontainable joy of her grin as she mimed shooting a moose one more time. An Elder, from a First Nation community outside of Whitehorse, emphasized the importance of returning home from the hospital into the care of her community, knowing that her advanced cancer would progress without ongoing medical treatment. As a palliative care physician living in the Yukon, I have witnessed firsthand the importance of honouring culture, tradition and connection to both community and the land during the end-of-life journey.

As health-care providers, we have a responsibility to emphasize personhood and dignity in the face of illness, to be with people and hear their stories, and to provide not just physical care for the body, but mental, spiritual and emotional care for the mind, heart and spirit. This is especially true when caring for First Nations, Inuit and Métis Peoples, for whom history and experiences are inextricably linked to health and well-being.

Regardless of your experience or role in palliative care, Beginning the journey into the spirit world: First Nations, Inuit and Métis approaches to palliative and end-of-life care in Canada provides insights and teachings that will support you and others in your caregiving journey.

Indigenous Peoples are the fastest growing population in Canada. There is much diversity among First Nations, Inuit and Métis Peoples and communities in languages, lifestyles and teachings.

To support cultural safety, it is important for allies working with First Nations, Inuit and Métis Peoples to have access to timely, relevant and culturally congruent palliative and end-of-life care strategies, promising practices and resources.

It is also beneficial for readers to enhance their understanding of and their interpersonal communications with First Nations, Inuit and Métis Peoples living with life-limiting illnesses, their families and communities.

In 2007 and 2015, two notable Indigenous declarations and reports were published that informed discussions and corresponding actions in Canada and internationally with regards to Indigenous rights, well-being, engagement and partnerships.

United Nations Declaration on the Rights of Indigenous Peoples 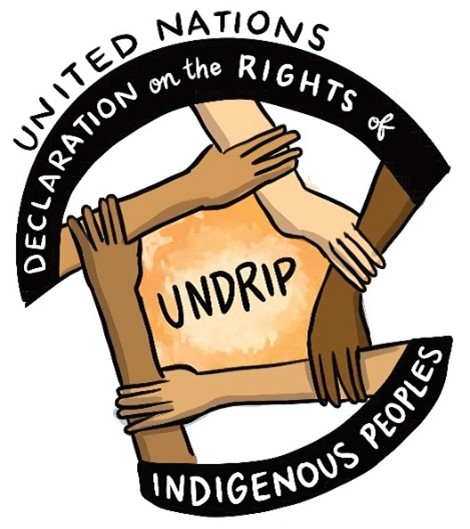 UNDRIP was adopted by the United Nations General Assembly on September 13, 2007 and by Canada in 2016. This declaration establishes a comprehensive international framework of minimum standards for the survival, dignity and well-being of the Indigenous Peoples of the world. It elaborates on existing human rights standards and fundamental freedoms as they apply to the specific situation of Indigenous Peoples.

The following are notable UNDRIP articles that relate to Indigenous approaches to palliative and end-of-life care:

Article 7(1): Indigenous individuals have the rights to life, physical and mental integrity, liberty, and security of person.[2]

Article 21(1): Indigenous peoples have the right, without discrimination, to the improvement of their economic and social conditions, including inter alia, in the areas of education, employment, vocational training and retraining, housing, sanitation, health and social security.[3]

Article 23: Indigenous peoples have the right to determine and develop priorities and strategies for exercising their right to development. In particular, Indigenous peoples have the right to be actively involved in developing and determining health, housing and other economic and social programmes affecting them and, as far as possible, to administer such programmes through their own institutions.[4]

Article 24(2): Indigenous individuals have an equal right to the enjoyment of the highest attainable standard of physical and mental health. States shall take the necessary steps with a view to achieving progressively the full realization of this right.[5]

Truth and Reconciliation Commission of Canada Calls to Action 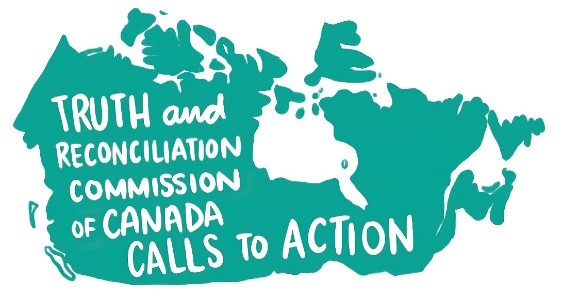 The following are TRC calls to action that the Truth and Reconciliation Commission of Canada specifically asked the Partnership and our colleagues in health institutions across the country to realize:

TRC call to action #24. We call upon medical and nursing schools in Canada to require all students to take a course dealing with Aboriginal health issues, including the history and legacy of residential schools, the United Nations Declaration on the Rights of Indigenous Peoples, Treaties and Aboriginal rights, and Indigenous teachings and practices. This will require skills-based training in intercultural competency, conflict resolution, human rights, and anti-racism.[8]

Furthermore, reconciliation is not a final destination: it is a shared journey and process for First Nations, Inuit and Métis Peoples and non-Indigenous Peoples in Canada.

As people living and working in Canada, we all have individual and collective roles in advancing the TRC calls to action.

For more information about the TRC final report, refer to https://ehprnh2mwo3.exactdn.com/wp-content/uploads/2021/01/Executive_Summary_English_Web.pdf.

UNDRIP and the TRC calls to action shine a light on the importance of understanding the historical, social, cultural and political landscape that shape relationships between Indigenous Peoples and institutions such as the health-care system in Canada. Understanding this landscape and these relationships is crucial to achieving social justice. As orders of governments, health-care organizations, and related leadership and education groups implement the TRC calls to action and the UNDRIP articles, helpers need to be aware of their roles when working with First Nations, Inuit and Métis Peoples living with life-limiting illnesses, their families and communities: